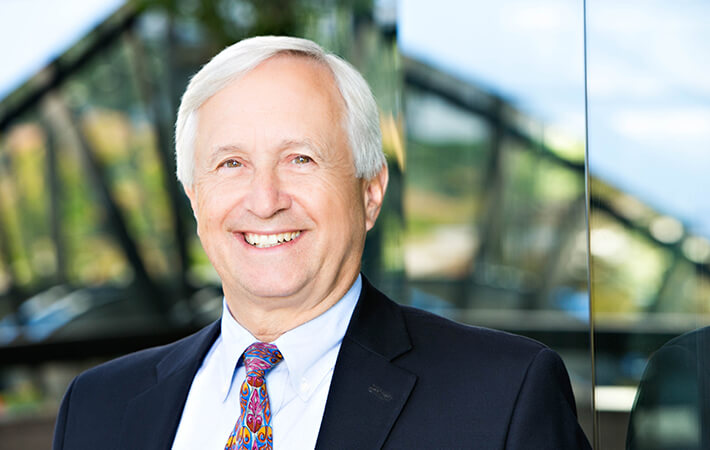 Lou Peterson is a trial lawyer, mediator and arbitrator. He represents individuals and businesses in commercial cases of all types – from securities and intellectual property claims to shareholder and employment disputes. He has represented major companies, securities and financial institutions, municipalities and universities in complex high-stakes litigation across the country – including several cases where the stakes exceeded $1 billion. His experience encompasses the broadest range of activities – from biotechnology and college athletics to timber and airlines. He also has a depth of experience in police shooting cases.

Lou has been recognized as one of the top trial lawyers in the country. The Best Lawyers in America has for many years recognized him in four categories: Bet-the-Company Litigation, Commercial Litigation, Intellectual Property Litigation, and Securities Litigation. Best Lawyers recently named Lou the “2015 Seattle Bet-the-Company Litigation Lawyer of the Year.” Super Lawyers has repeatedly rated Lou a Top Ten lawyer in the state. He was rated the top lawyer in 2000. He has been named a Fellow in the American College of Trial Lawyers.

Lou has tried cases throughout the United States – including Seattle, New York, Chicago and Atlanta. His trial practice has taken him around the world – from New York to Bangkok, and from Tokyo to Bangladesh.

Lou is widely recognized as one of the top mediators and arbitrators. He has served as the mediator in hundreds of complex cases arising throughout the U.S., and he has been the arbitrator in both domestic and international disputes.

I am a classically trained pianist, but these days I am more likely to play (for my own amusement) Cole Porter than Rachmaninoff. I dabble in foreign languages. My golf game needs work.